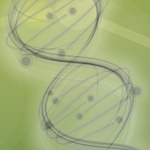 This fundamental difference is what has many scientists in an uproar over research out of China in which scientists genetically edited a human embryo. Editing an adult’s (or a child’s) cells only changes the person who is receiving treatment. Editing an embryo, an egg, or sperm changes not only the person (or potential person in the case of gamete modification), but his or her entire family line.

The particular embryos that were used in the Chinese experiments were made from one egg and two sperm, making them non-viable. They are unable to advance beyond the blastocyst stage. Furthermore, as far as gauging how successful the research was, the authors report several off-target edits to the genome, incomplete editing, and of the 86 embryos that they started with, only four had the intended genetic repair. In fact, one could point to their relatively unsuccessful attempt to genetically edit the embryo as evidence that this technique is a long way from clinical use.

The Chinese are not the only ones working on germ line modification. There are several groups in the U.S. who are working on modifying gametes (egg or sperm) using the same CRISPR/Cas9 genetic editing system that the Chines group did.

Because there has been quite a bit of digital ink spilled on the topic over the last two weeks, there is little more that I can add to this discussion that has not already been said, so I will, instead, link some important articles.

An extensive article on genetic editing using the CRISPR/Cas9 system published in MIT Technology Review on March 5 gave an overview of where the research is and where it is going. At the time of publication, there were rumors that the Chinese were using CRISPR/Cas9 on human embryos, but that was not confirmed.

A Nature News piece published prior to the publication of the Chinese team’s work but in response to the MIT Technology Review article, called for a moratorium on germ line modification, echoing one of the inventors of the CRISPR/Cas9 system, Jennifer Doudna of The University of California at Berkeley. (Her Science perspective piece is available here by subscription.)

On April 18, Protein & Cell published the article announcing the genetic modification of a human embryo. They received the article on March 30, and it approved on April 1, after going through an expedited peer review process. Science and Nature reportedly rejected the paper on ethical grounds, but had provided feedback. The research article is open access and can be downloaded here.

On April 28, after a firestorm of comments, critiques, and concerns, the editor of Protein & Cell, Xiaoxue Zhang, published an editorial that is also open access and can be downloaded here.

In the editorial Zhang points out that that “the editorial decision to publish this study should not be viewed as an endorsement of this practice nor an encouragement of similar attempts, but rather the sounding of an alarm to draw immediate attention to the urgent need to rein in applications of gene-editing technologies, especially in the human germ cells or embryos.”

If this was the publication’s goal, then it worked. Since the publication of the research paper, there have been numerous articles from scientists, ethicists, and many others, commenting on the potential risks of germ line modification and criticizing the Chinese researchers for crossing an ethical line.

A Google search will provide the recent news on the topic, but the above articles should bring you up to speed on the subject. Additionally, I’ll highlight a couple of non-technical resources that do a good job of explaining the issues or the technology in layman’s terms:

Brendon Foht, assistant editor of The New Atlantis, has a piece that does a good job of outlining what was done, how it fits within the broader context of genetic modification, and the ethical issues. See “First Thought on Germline Modification.”

Trinity International University’s blog is going to have an extended discussion on the issue, here.