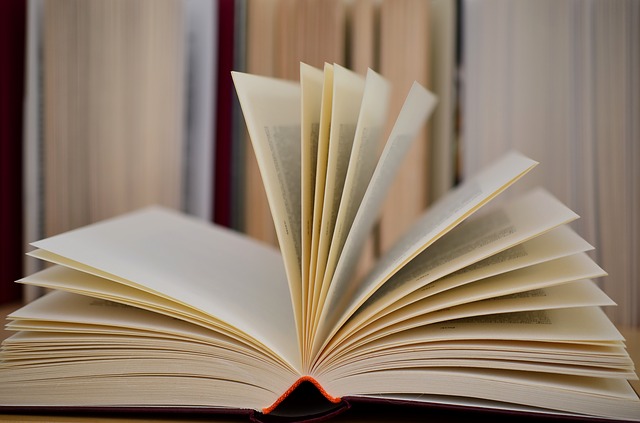 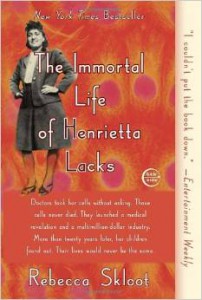 It was a time when donated blood was labeled “colored.” Hospitals were segregated. Consent laws were in flux, and cellular biology was a growing field. It was during this time that Henrietta Lacks, a young African-American mother living in Baltimore, visited Johns Hopkins University Hospital because she had a tumor in her cervix. When doctors went in to remove the tumor, they also took a sample to grow in a cell culture.

They were not expecting the cells to do anything different from their other samples, which had all died in culture or did not grow. As it turns out, it was Henrietta’s cancer cells that became the first human immortal cell line, known as HeLa. For many years people knew what HeLa cells were without ever knowing their namesake. And for twenty-five years, while Henrietta’s cells were the subject of many research papers worth millions in grant money, while her cells had traveled the world, cured diseases, and flown in space, her family did not know that her cells were still alive.

Henrietta Lacks grew up in Virginia on a tobacco farm. She married her cousin, David (“Day”) and had five children. Her fourth child was a daughter named Deborah, who never knew her mother because Henrietta died of cancer when Deborah was a year old. It was Deborah who had a life-long ambition to know who her mother was, and after she had found out about the cells, why the family was never told. Deborah had a brother that was not much older than her named David, Jr. (“Sonny”).

Henrietta died soon after the birth of her fifth child, Zakariyya (He was born “Joe” but later changed his name). Henrietta’s oldest child, Lawrence, was sixteen when Henrietta died. Later, he and his wife, Bobette, would eventually help care for David, Jr. (“Sonny”), Deborah and Zakariyya, but they stayed with an abusive cousin before then. Zakariyya, known as Joe at the time, was in and out of jail for many years.

Her second child was a daughter who had epileptic seizures and a cognitive disability. Elsie Lacks was placed in Crownsville State Hospital, known at the time as the Hospital for the Negro Insane, and was essentially forgotten after her mother died. Elsie died when she was fifteen. Deborah did not know she had a sister until she was an adult.

Lawrence, Henrietta’s oldest, and his wife Bobette, helped care for Deborah and Zakariyya after Henrietta died. Lawrence, Deborah, Zakariyya, and Sonny did not know until twenty years after Henrietta’s death that their mother’s cells had revolutionized cellular biology.

Rebecca Skloot’s masterful work of the story of Henrietta Lacks and her cells was ten-years in the making. She befriended the family, particularly Deborah, who shared with Skloot an obsession with who Henrietta Lacks was, what happened to her, and why the family was never told about her immortal cells. Skloot is a storyteller and brings to life Henrietta, her family, and the scientists involved in HeLa cell research. This book is written in a disjointed timeline that takes the reader back to the 1950s and then to the present when scientists are still using HeLa cells, juxtaposing the two major plotlines of the book. These plotlines eventually merge as Deborah Lacks, as an adult, works with Skloot to search out her mother’s story and learn more about HeLa cells.

Skloot’s dialog is authentic. She not only researched the family extensively, but she gave each of them a voice. She paints the characters, both the Lacks family and the scientists, in a sympathetic light, while not holding back on the more ignoble aspects of their story. The reader becomes entangled in the character’s lives, chasing after the history of Henrietta and partaking in the excitement of scientific discovery with her cells.

This is a fantastic work of creative non-fiction that is well-researched and well-written. Not only is it entertaining to read, but The Immortal Life of Henrietta Lacks should be read by bioethics students to get a better understanding of how bioethics was developing in the midst of segregation, technological advance, and changing consent laws. It is one thing to deliberate over bioethics issues like informed consent, distributive justice, racism, human dignity, ownership of human tissue, and research ethics from an academic perspective. It is quite another to consider the people whose lives were affected by these decisions. This book is a captivating reminder that bioethics issues must be undergirded with a priority on human dignity because these lives are not theoretical.

There’s a scene in the book that exemplifies this. At one point the while researchers were conducting the autopsy on Henrietta’s body to remove cell samples, Mary Kubicek, the laboratory assistant, notices Henrietta’s painted toenails. We had learned earlier in the book that Henrietta always had her toenails painted. For some reason her painted toenails jolted Mary as she realized for the first time that the cells they had been working with were form a real person. In many ways, this book does the same thing. It teaches you about cell cultures and bioethics issues, and it shows you Henrietta’s painted toenails.

The Immortal Life of Henrietta Lacks was a great read and deserving of the acclaim it has received.

I had an interesting experience while reading this book. One of my jobs as a science writer is to summarize recent research articles for a non-technical audience. Cellular biology is not my normal beat, but it just so happened that one of the articles I reviewed was for a new type of chemical sensor that the researchers eventually tested in living human cells. Those cells were HeLa cells. I had just finished reading about how ubiquitous HeLa cells were in Skloot’s book only to find them in my weekly research review.