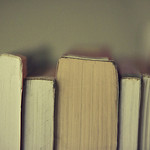 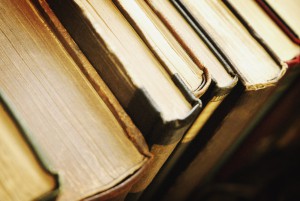 To be a good writer, you have to be a good reader. I have found that reading from a variety of genres helps my writing, whether it is a technical piece or a fiction narrative. Since making “Best of” lists is a New Year’s tradition, I have compiled my top picks from books I read in 2014 with a couple of honorable mentions that I read over Christmas break at the end of 2013.

Of Other Worlds: Essays and Stories by C.S. Lewis

Probably one of my favorite essays in this collection is a transcribed conversation between C.S. Lewis and two other academic gentlemen in which they discuss some literary works over drinks.

The Christian Imagination: The Practice of Faith in Literature and Writing by Leland Ryken

This book is a collection of essays by some of the top writers and academics in their respective areas. All of the essays were valuable, but I especially appreciated contrasting the essay on realist fiction with the essay on fantasy fiction.

Godawa is a Hollywood screenwriter whose scripts have won several awards. Godawa’s perspective on how to interact with art and culture is insightful. Plus, his book makes you a better movie-watcher.

Slow Reading in a Hurried Age by David Mikics

I picked this book up at the library on a whim, and it turned out to be a valuable work by literature professor, David Mikics. The first half of the book reminded me of Mortimer Adler’s How to Read a Book, but specifically addressing how we read (or don’t read) in this digital age.

Zombies in the Academy: Living Death in Higher Education edited by Andrew Whelan and Ruth Walker

This book provides an excellent (and sometimes depressing) commentary on the current state of academia using the zombie metaphor. A key theme in the book is whether the university has converted to a consumerist model and how that impacts education.

Alone Together: Why We Expect More from Technology and Less from Each Other by Sherry Turkle

This book was one of the most poignant books I had read this year, second only to Addiction and Virtue (under philosophy). While this book may very well be categorized as philosophy or philosophy of technology, I place it under cultural commentary because the tone and writing style is more sociological than philosophical. It is really about relationships, isolation, and loneliness, and how technology is merely a means to cope. See my review, here.

This book is a beautifully written re-telling of the Robin Hood legend.

The Well of Ascension (Mistborn Book #2) by Brandon Sanderson

The Mistborn triology has become one of my favorite trilogies. Sanderson is an epic fantasy author whose abilities at world-building take you to a place that is both fantastic and yet familiar. The magic system in this book also appeals to those of us who enjoy chemistry. It is based on metals.

The Handmaid’s Tale by Margaret Atwood

I had never read this classic work, and thought that it would be a great fiction read while I was working on a journalistic article on gestational surrogacy. Atwood’s brilliant writing style unravels converging timelines in such a way that the book reads with the suspense of a mystery thriller but in a world of speculative (or near-future) science fiction.

If you are a science writer, read this book. I have read lots of books on business and leadership, but this one was probably one of the most helpful for addressing the specific issues that freelance science writers face.

I was expecting to not like this book because the title just seemed like one of those “business-y” gimmick titles, but I’ve listened to Dave Ramsey on the radio, so I decided to give it a try. This book ended up being a great resource for small-business owners, including those of us who are self-employed. It has practical advice explained in very clear language.

Life at the Speed of Light: From the Double Helix to the Dawn of Digital Life by J. Craig Venter

A personal story by the pioneer of synthetic biology. I wrote a review and bioethics analysis of this book for bioethics.com, here.

From Human to Posthuman by Brent Waters

This book’s excellent discussion on postmodernism almost earned it a place under cultural commentary, but I kept it under philosophy/theology, because Waters is dealing with the philosophical issue of what it is to be human and poses a theological understanding of postmodernism and technology.

Creationism and Its Critics in Antiquity by David Sedley

This book looks at varying views of cosmology by the ancient Greeks from Anaxagoras to the atomists to Plato to Aristotle. It is well-written and an excellent read for those interested in the history and philosophy of science.

The Art of Divine Contentment by Thomas Watson

I wrote a commentary on contentment that was heavily influenced by this book for Salvo’s Blog, Signs of the Times.

Addiction and Virtue: Beyond the Models of Disease and Choice by Kent Dunnington

This book is brilliant. Often addiction is viewed either as a choice and the addict is therefore morally culpable, or it is viewed as a disease in which the addict is a victim who needs help. Both models fail to address the complexity of addiction. Dunnington uses Aristotelian and Thomistic notions of habit and incontinence to address the paradoxical nature of addiction. He also addresses how modernism contributes to the prevalence of addiction that we see today.

While I am not typically a Jane Austin fan, this series might make into one. If there was magic in Regency, England, this might be how it would work.